As it enters its tenth year, the brand continues to lead the company. Angry Birds 2 remained the top dog at Rovio in 2018. The title was actually launched way  back in 2015, although that’s pretty typical when you look at the top-grossing mobile games – it takes time to build success.

“Angry Birds 2 is a good example of that,” CEO Kati Levoranta agrees. “The first half of the year didn’t look too promising for that game. But big changes were made and the game grew 49 per cent year-on-year.”

That helped the company achieve “record gross bookings for games in 2018,” she adds.

That has been key in the gradual recovery of the company’s share price – which nearly halved in a single day in early 2018 after a profit warning. It now looks to be heading in the right direction, having recovered almost half that loss in a steady, upward move. A lot of that comes down to the renewed strength of Angry Birds 2.

“It is a great honour to own a brand like Angry Birds,” Levoranta continues. “It’s something rare and I think many would be really happy if they had such a brand on their hands. We realised that when the competition gets tougher out there, as it does, having a brand that is so well known definitely helps you.”

One area in which things have got tougher for almost everyone in mobile is increasing user acquisition costs. Though Levoranta is keen to note that UA costs for the company have remained within the 30 per cent of revenue that it predicted for the last year.

The new EVP of games Alex Pelletier-Normand, who joined earlier this year, provides a little more detail: “We have a team that is very dynamic working on this game. They tried different things and it’s going together with our user acquisition team – they worked together to find the best ways to market the game as well. And you need to keep on improving the game, bringing value to the users, and with time things like that happen.”

Getting Angry Birds 2 into tip-top shape in 2018 was critical too, as the company didn’t launch any new titles during the year, Levoranta tells us: “It was a year of servicing our existing games and making sure that we got those to the levels that we can. Of course we did invest in new game development during that time and as a result we’ve launched already one game in January. And we’ve said publicly that we aim to release at least two games this year.”

Two games a year seems to be the target going forwards then, we suggest, with Angry Birds AR: Isle of Pigs having released since our chat.

“Let’s not constrain ourselves with that kind of statement,” Levoranta replies. “You never know, games should be launched when they are ready and not just by saying that we will do this amount every year, we need to see how the pipeline and portfolio develops. We must test the games and see which could succeed… And kill the ones that cannot. And then iterate and out of that funnel we hope that we definitely do get games out.”

That first release this year was Angry Birds Dream Blast, a match-and-burst bubble game with a pleasingly organic feel. Now, there’s also the recently launched Isle of Pigs on iOS devices, where the catapult game is rendered in 3D in your environment, letting you get right around your target and attack from any angle.

Pelletier-Normand tells us more: “We’ve been working on this game for a little while now. It actually started on Magic Leap. We experimented with it and it was quite clear that it would make sense to play it using ARKit in augmented reality.

“It brings a completely different experience than you would see on a screen in 2D. We wanted to bring meaningful content, a different experience. It was not about just adding a feature in one of our games that would make it look that we’re using AR technology. 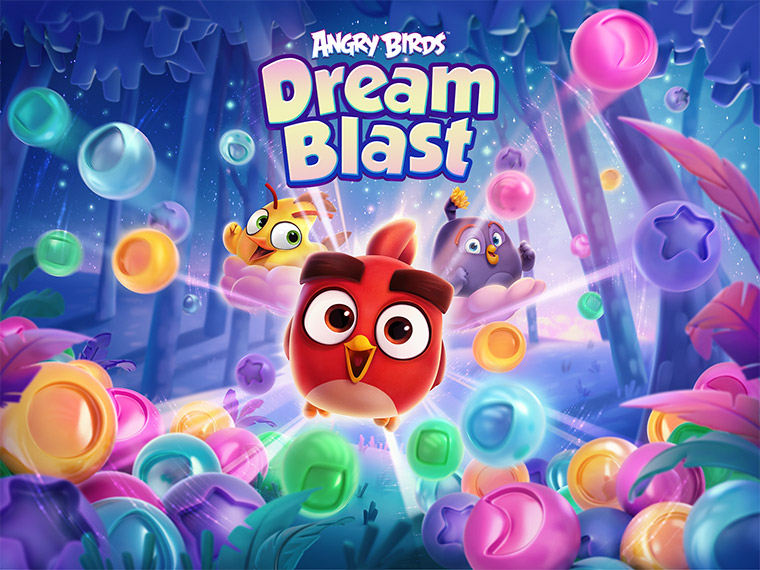 “I think it’s interesting to note that when [Angry Birds] started, ten years ago now, it was taking advantage of multi-touch support on the iPhone which made the game big. And now we’re bringing something very fluid to AR, something that is very meaningful. It’s bringing the game to a new place, because since you control the camera you can hide things in the 3D space. So in terms of game design it brings our teams to a different place and they can try new things.

“I think naturally for AR we’re going to see a lot of games that are more core, that have an audience that is a bit more narrow, but with the Angry Birds license, everybody knows the brand and could play it. So I think it’s good for both promoting the AR platforms and for the IP,” he suggests.

In an increasingly competitive market, it’s very hard to launch new mobile games, and even harder to launch new IPs. That said, Rovio is set upon expanding its revenues beyond the Angry Birds franchise.

“We want to both continue work on Angry Birds and make sure that the brand continues to evolve, because it’s such a huge brand,” Levoranta starts explaining. “But we want to have different things as well. And sometimes, in the genre of game that we’re doing, in our portfolio strategy, sometimes the [Angry Birds] brand doesn’t fit.

“Each time we do a game, we need to ask ourselves: is this game bringing something to the brand? And in that sense we have a quite balanced portfolio where we do have some Angry Birds games that we’re working on and that will come out, but also we have games in development that are a little bit more mid-core, that wouldn’t perfectly fit with the brand. We’re developing new things and we’re very excited about those things as well. So I’d say that it’s probably half and half in our games in development. We have a pretty rich pipeline right now and they’re very balanced.”

“Each time we do a game, we need to ask ourselves: is this game bringing something to the brand?”

One part of that new mid-core strategy was the acquisition of PlayRaven in November 2018, Pelletier-Normand says.

“They’re now with us and they have their game, which is a 4X strategy title, which is something that we wanted to do, that was important for us in our portfolio strategy. We were lucky enough to have those talented guys in the same city [Helsinki] that had an interesting take on this.

“So we’ve been integrating them, they moved into our studio and it’s working super well because the culture is very similar. So we’re excited about this and it’s a totally different angle from what you would expect from
Rovio games.”

Pelletier-Normand adds that they’re looking at a soft launch for the title later this year.

Arguably, Rovio’s biggest launch this year isn’t a game at all but rather the Angry Birds Movie 2, which forms the tentpole moment of the brand’s ten-year anniversary celebrations.

The sequel hasn’t been produced in the same manner as the first film though, Levoranta explains. 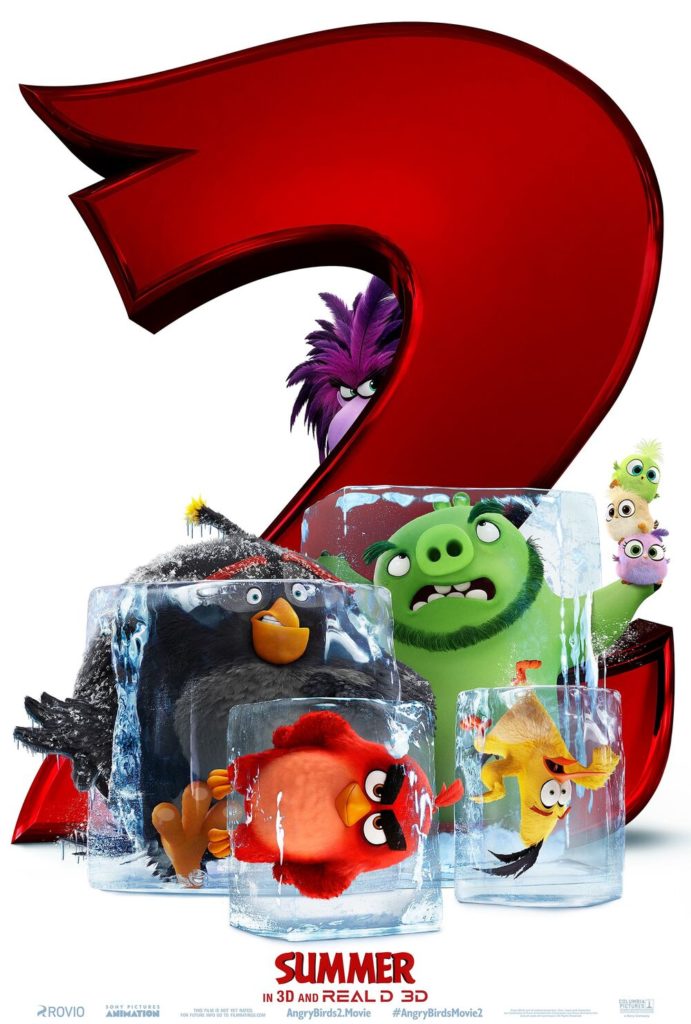 “The first movie came out in 2016 and we financed it ourselves and then we partnered with Columbia Pictures [part of Sony] for the distribution of the movie. However, at the same time, many things happened in the company. We were really thinking about our strategy going forward and where our focus should be. We clarified our strategy as a games-first entertainment company, meaning that games is our core, in our hearts, and our focus should be developing games.

“Since the first movie did so well though, we wanted to make another movie, but this time we saw that it was better to license the brand over to Sony-Columbia and that’s how we are running our other business around Angry Birds. So it’s all licensing – whatever we are doing, we’re licensing it to product developers or merchandising developers, so they make the products and deliver them to market.”

Coming back to games and looking to the future, Pelletier-Normand tells us what’s in the works at present: “In our development team we have a quite healthy pipeline, we have 13 games at the moment that we’re developing.”

Of course, most of those won’t ever see a full release, as only the very best stand a chance in the current market, he explains: “It’s getting super hard to release games, so what can we do internally to release games that are meaningful and can get to the top and stick around for years?

“We work with the teams on making sure that we don’t only create games that are… Let’s call it evolutionary. Instead, we really take a stab at doing games that are game changers, that are very different to what exists on the market today. We have a couple in the pipeline that are going to be quite different and we’re looking forward to see how the market reacts to them.”

Levoranta reminds us: “Alex only started at the beginning of the year as head of games. He’s been rolling up his sleeves and getting stuck in.”

“We really take a stab at doing games that are game changers, that are very different to what exists on the market today.”

Pelletier-Normand spent 15 years at Gameloft before this, so we ask how much the culture differs at Rovio from his previous role: “Oh my God, it’s so different,” he exclaims. “Rovio has a lot of independence between the different teams and also between the different studios. A studio at Rovio is not necessarily linked to a physical location, but to a genre of game that we’re doing, which allows us to have a very specific way to approach the market depending on the type of games that we do.

“I feel like everybody is quite empowered to change things as opposed to a company that would control everything from headquarters and give strategic or even creative feedback to their team. Our teams are quite independent and so they feel that they can really make a difference – which they can. And it’s really great to see that, I feel that everybody is behind Rovio and wants Rovio to succeed. And it’s very energising.”

Rovio looks headed in the right direction then, with Angry Birds set to have an upbeat anniversary year, the company exploring new technology with AR and new genres with the likes of PlayRaven.

Yes, it needs to find that next big hit, as do many in the space, but with its core brand hitting the target, it can achieve that in a far more measured manner than many.