The head of NHS England’s mental health services has slammed the games industry for “setting kids up for addiction by teaching them to gamble”.

In a statement issued by NHS England (thanks, Eurogamer), NHS mental health director Claire Murdoch calls for a crackdown on gambling-like mechanics in games, including clearer indications of the odds of obtaining items and a ban on loot boxes in games children play.

The report specifically calls to:

It also asks that the gaming industry “face up to responsibilities to protect players from potential harms”, calls for an “industry levy” to support independent research on long-term effects of gaming, and states there is “serious concern” at the “lack of an effective system to keep children off age-restricted platforms and games”.

“Frankly no company should be setting kids up for addiction by teaching them to gamble on the content of these loot boxes,” Murdoch said. “No firm should sell to children loot box games with this element of chance, so yes those sales should end.

“Young people’s health is at stake, and although the NHS is stepping up with these new, innovative services available to families through our Long Term Plan, we cannot do this alone, so other parts of society must do what they can to limit risks and safeguard children’s wellbeing.” 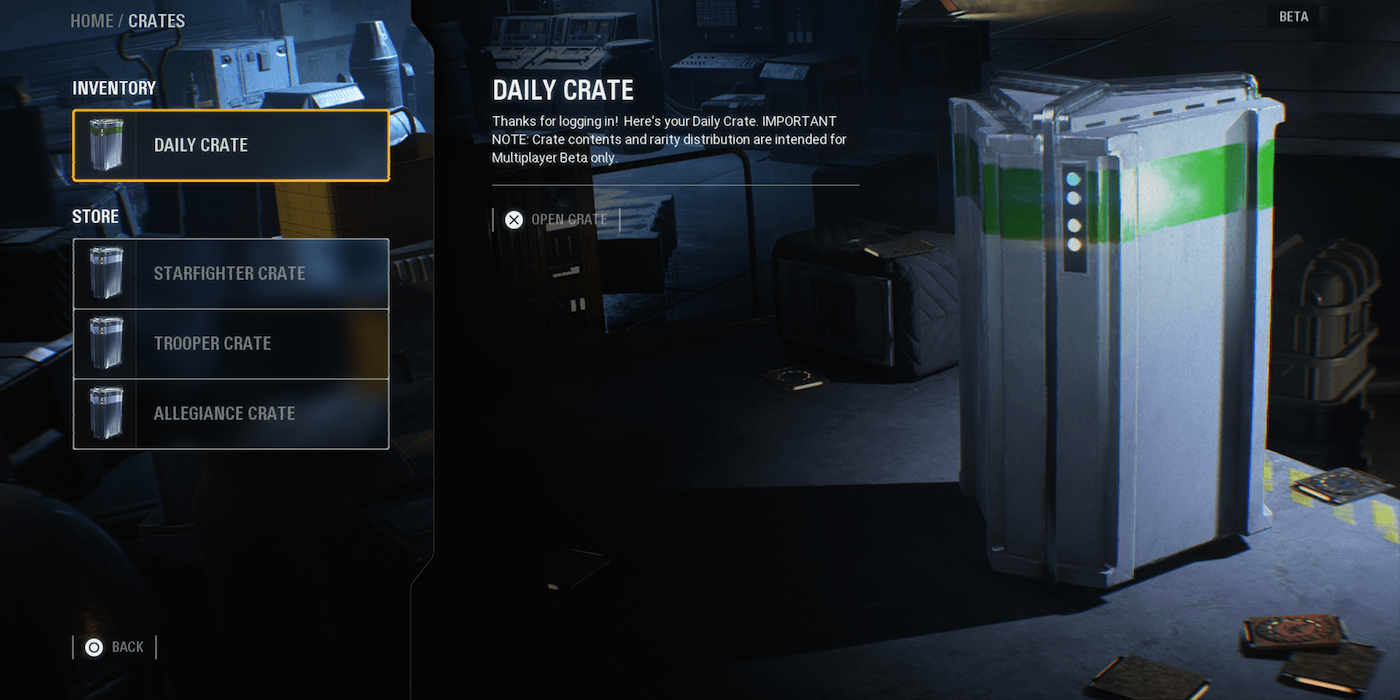 While loot crates and microtransactions have been an industry staple for a number of years now, the loot mechanics in games like Star Wars Battlefront 2 and Overwatch has drawn the attention of gambling regulators elsewhere. Many countries like Belgium and the Netherlands have taken action in relation to gambling laws, and the United States Federal Trade Commission also investigated how loot boxes impact children.

In the UK, an investigation by the UK parliament’s Digital, Culture, Media and Sport (DCMS) Committee – in which EA’s vice president of legal and government affairs Kerry Hopkins infamously reframed the term “loot boxes” as “surprise mechanics” – and children’s commissioner have each slammed the industry for a “lack of honesty and transparency”.

Further to a vote in May 2019, the 194 members of the World Health Organization (WHO) agreed to recognise “gaming disorder” as an illness at the 72nd World Health Assembly. The Entertainment Software Association (ESA) – which opposed the addition – and the WHO met in 2018 to discuss the decision to list “gaming disorder” as an official addictive disorder in the 11th International Classification of Diseases (ICD-11), but the addition went ahead in spite of ESA’s objections.

“As the Director of the National Centre for Gaming Disorders, the first NHS clinic to treat gaming addiction, I am fully in favour of taking a public health approach and bringing in a regulatory body to oversee the gaming industry products currently causing great concerns to parents and professionals,” added Dr Henrietta Bowden-Jones, psychiatrist and founder of CNWL’s National Problem Gambling Clinic. “Loot boxes are only one of several features that will need to be investigated and indeed researched. We need an evidence-based approach to ensure our young people and gamers in general do not continue to be subjected to new and increasingly harmful  products without our intervention.”

Responding to the statement from the NHS, UK games industry trade body Ukie said: “The games industry takes its responsibility to players very seriously and acknowledges that some people are concerned.

That is why on the 10th January we launched our Get Smart About PLAY campaign, which is designed to help parents and carers manage play online and in the home. It shows that it is already possible to manage, limit or turn off spend in games with the help of family controls, providing practical guidance on how to do so at askaboutgames.com.

“The games industry has already committed to measures to inform players about purchasing choices, including in regards to loot boxes,” it continued. “New platform policies will require optional paid loot boxes in games to disclose information on the relative rarity or probability of obtaining randomised virtual items by the end of 2020, with many companies doing this voluntarily already.

“The government has committed to conducting a review of the Gambling Act, which loot boxes will form a part of. We look forward to working constructively with them on it.”

Industry veterans had already called on the global games industry to take action on loot boxes in video games “before it’s too late”. Executive director of the IGDA, Jen MacLean, also issued an industry-wide call-to-action in response to the United States Federal Trade Commission’s announcement it was launching an investigation into loot box monetisation.

“By not taking significant action as an industry and global game developer community to self-regulate how loot boxes are used, we run the very real risk that governments around the world will take that action for us, and perhaps create significantly restrictive laws that could impact any random reward elements in games,” MacLean said at the time. “I offer my strongest advice to game developers and interactive entertainment businesses on this matter: addressing how loot boxes are used is both the right thing, and the smart thing, for the global game development industry to do.”

Whilst there are no concrete details on when the plans will be implemented, the three hardware developers have confirmed they will “require” game developers releasing games on their platforms to disclose information about the “relative rarity or probability of obtaining randomised virtual items” in 2020.

It took 15 years of civil service monotony for Vikki to crack and switch to writing about games. She has since become an experienced reporter and critic working with a number of specialist and mainstream outlets in both the UK and beyond, including Eurogamer, GamesRadar+, IGN, MTV, and Variety.
@_vixx
Previous Season passes, big IP, Asian influence: Sensor Tower’s Craig Chapple on the mobile trends for 2020
Next Ubisoft refreshes its editorial team to make its games more distinct